Starting from left to right, most PEX pipe commonly lists their manufacturer’s name. This name is followed by the manufacturing lot, and the date the pipe was manufactured. The next sets of numbers specify the tubing material’s designation code which corresponds to the chlorine resistance (1-5), UV resistance (1-2), 3rd and 4th digits are for hydrostatic design stress in which the numbers vary. For example PEX-AL-PEX has a 4535, meaning its chlorine resistance is 4, UV resistance is a 5, and its Hydrostatic design stress is at 35, which is almost 6 times as much as regular non barrier PEX pipe. Compared to Oxygen barrier or non barrier PEX pipe which has a 5006. This states that the chlorine resistance is at the highest it can be, while the pipe offers no UV resistance and a hydrostatic design stress of 6. All PEX is designed to be used in closed areas under insulation or protection from UV rays. Even when PEX is being transported it is crucial to be kept out of direct sunlight, to prevent damage to the structure. Especially on oxygen barrier, which will have its barrier damaged by the UV rays rendering it useless in its appliance. The application that the pipe is made for would be listed after, whether it is Oxygen Barrier, Non-Barrier, or PEX-AL-PEX; followed by the size of the pipe.

Next the increments show 200 psi@73°Fahrenheit, this explains the pipes ability to withstand pressure and degrees, respectively. On Barrier, and Non-Barrier tubing the labels read 160psi@73°F, and 100psi@180°F After that you will see ASTM codes F876 / F877 / F2023 for Non-Barrier PEX, F876 / F877 for Oxygen Barrier PEX and F1281-2005 for PEX-AL-PEX which stands for American Society for Testing and Materials. This lets you know where the pipe can be applied and to which extent you can use it, or rather can not depending on your local codes. CSA is listed after standing for Canadian Standards Association. This applies to the thermo pressure compendium of the tube. Which means the tube has been tested regulated for usage within certain parameters. CSA determines the PEX’s certification and ensures the product is used for the application in which it was designed. PEX-AL-PEX has a B137.10 meaning that the CSA has certified the tubing for composite pressure-pipe systems. Oxygen-Barrier PEX has a B137.5 corresponding to the pipe availability for uses with regular pressure applications. Next you will find a code such as NSF (R) us PW-G CL-TD RFH U.P. code. This code refers to the pipe meeting lead requirements, and also acts as a listing agency and chlorine rating. The Public Health and Safety Organization or better known as the NSF is a global company which inspects all types of products to ensure that they meet the strict standards for public health protection. The NSF marking correlates to the manufacturing company, and its inventory being thoroughly examined and passing the strict standards complying with the procedures forced by the NSF. On Non-barrier PEX the code reads NSF-61-G, this stands for NSF certified for drinking water system components. The Annex G stands for Weighted Average Lead Content Evaluation Procedure to a 0.25 percent lead requirement. This corresponds to the requirements for the federal ‘lead free’ plumbing laws of the United States. This has largely to do with potable water certifications. If a SDR is spotted on the tubing it stands for Standard Dimension Ratio, which corresponds to a method of rating pressure piping. The number following the letters SDR lets you know that the ratio outside diameter to the wall thickness is that many times to 1. A low SDR ratio means that the pipe wall is thick compared to the pipe diameter, and a high one means the pipe is thin. If a pipe has a high SDR, then it has a low pressure rating and vice-versa. The letters CTS refer to Copper Tube Size which is commonly used in plumbing. By stating a pipe has a CTS of 1" inch such as the 1" inch Oxygen Barrier (red pipe) and 1" inch Non-Barrier (blue pipe) listed, it allows the consumer to understand the parameters of this tubing relating to its usage appliances. The OD listed stands for Outside Diameter which is a direct correspondence of the CTS.

If your using oxygen barrier PEX pipe then you will have an oxygen barrier specification such as DIN 4726 listed. This has to do with oxygen permeation and ensures that the pipe will not corrode due to oxygen. DIN stands for Deutsche Industry Norm. The DIN standard was attained for anyone selling hydronic radiant tubing and referred to a specific amount of oxygen permeation. That amount being less than one-tenth of a milligram of oxygen, per liter of water, per day, when the water is 104 degrees Fahrenheit.

Lastly there will be a size in ft according to the pipe’s full length.

That covers any and all PEX specifications stamped on pipe and their definitions.

Watch our video for more details 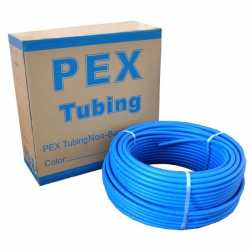 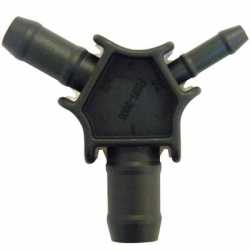 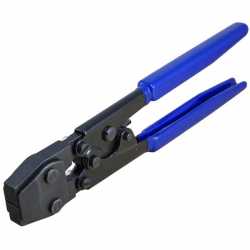 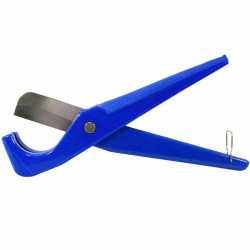 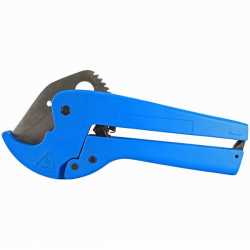 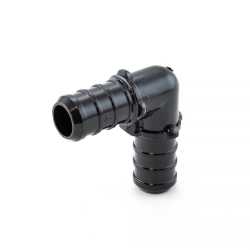